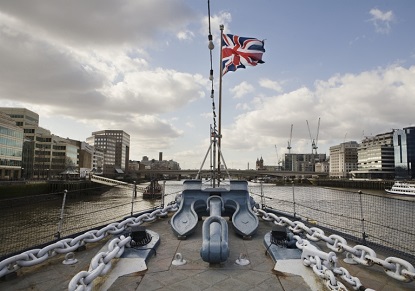 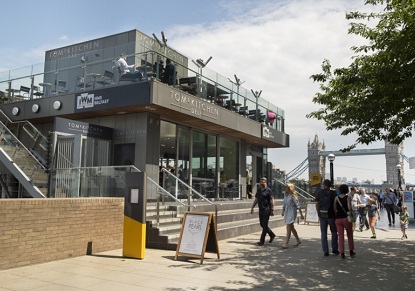 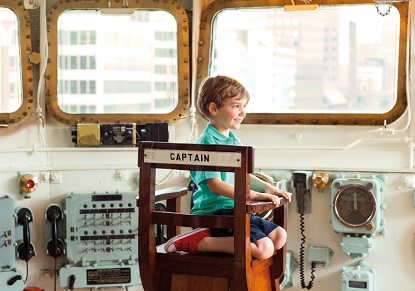 One of the most powerful large light cruisers ever built, HMS Belfast is now the only surviving vessel of her type to have seen active service during the Second World War.

Attraction tickets can usually be booked on the day of the visit, but allow yourself time to print tickets.

HMS Belfast shows you what it was like to live and work on board a warship. Explore nine decks of amazing seafaring history where sailors once hurried up and down the ladders, and hear their battle stories from the Second World War and beyond - the convoys in icy Arctic conditions, the bombardment of German defences on D-Day and the 404 days spent patrolling waters during the Korean War.

The Gun Turret Experience immerses you in the midst of a battle during the Second World War while the interactive Operations Room puts you in the Captain's shoes as you control a fleet of ships off North Borneo.

HMS Belfast is now moored on the River Thames between London Bridge and Tower Bridge.

Please note, you will require a printed copy of your ticket. Children under 16 years need to be accompanied by an adult.