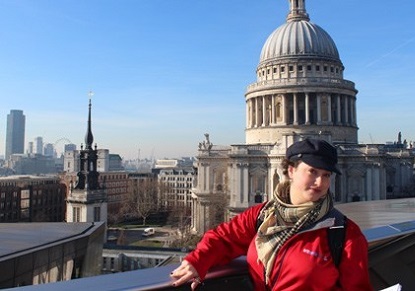 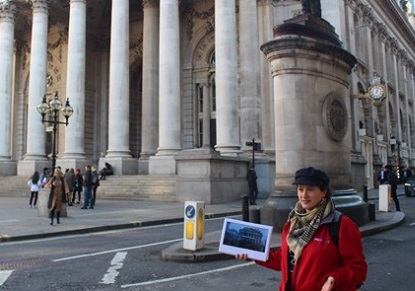 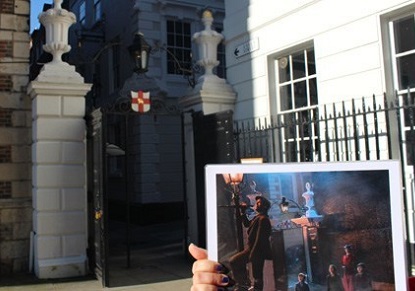 Join us on the Mary Poppins Tour of London as you take a two hour walk exploring locations from the new film with Emily Blunt as well as literary sites.

Time for a jolly holiday where you trip the light fantastic! Grab your parroted umbrella and follow us as you explore the historic streets of the City of London. Come and join the Mary Poppins Tour of London and explore on foot the magical fun packed walking tour of the film locations and inspirations in the capital. Join other Poppins fans and learn about everyone’s favourite nanny, how the films were made, the books and test out your Mary Poppins knowledge is. Can you speak Leery? Learn a few catchphrases from the film to try out when you go home.

On the Mary Poppins tour, you will see where Mary Poppins Returns was filmed, including scene from the catchy and energetic “Trip a Little Light Fantastic”. As this is the sequel to the iconic Disney film “Mary Poppins” we will also visit the now famous corner steps where the bird lady sits. She may not be there, but you can hum “Feed The Birds” to yourself and snap a few photos, too.

No tour about a flying nanny would be complete without a trip to the rooftops of London, and you will grab a lift to capture some stunning views of St Paul’s Cathedral. We end our tour at the bank, of course, where Jane and Michael flew their kite up to the windows to save No. 17 Cherry Tree Lane.

As we walk, you’ll also get to see many other familiar landmarks along the way. Your tour guide will point out some historic locations and provide additional information, providing a practically perfect mix of fiction and reality.