The British Museum is home to one of the world's greatest collections of antiquities, including the Elgin Marbles and the Rosetta Stone.

Founded in 1753, the British Museum is a world-renowned museum of human history and culture and is the largest and most popular museum in Britain. The museum is home to over 7 million objects from ancient Greece, Rome and Asia, as well as items from prehistoric Britain.

The British Museum is free to all visitors, but some special exhibitions may have a charge. You need an entire day just to begin to comprehend the magnitude of the British Museum, but for those with limited time, highlights include ....

Great Court
The two-acre square, enclosed by a spectacular glass roof, transforms the Museum's inner courtyard, with the world-famous Reading Room at its centre, into the largest covered public square in Europe.

Reading Room
The Reading Room stands at the heart of the Museum, in the Great Court. This research library has been a centre of learning since the nineteenth century, used by celebrated writers and scholars including Karl Marx, Bram Stoker and Sir Arthur Conan Doyle, but it is now open to the public and is regularly used to house major exhibitions.

Rosetta Stone
The 2200 year old Rosetta Stone was discovered in 1799 and has been exhibited in the British Museum since 1802. One of the most significant archaeological finds in recent history, the Rosetta Stone was the key to deciphering ancient Egyptian hieroglyphics.

Elgin Marbles
The Elgin Marbles, also called the Parthenon Marbles, are part of a collection of marble sculptures that once decorated the Parthenon on the Acropolis in Athens. Acquired by Lord Elgin during his time as ambassador to the Ottoman court in Istanbul, the marbles were shipped to England and, in 1816, were purchased by the British Parliament and presented to the British Museum. The Elgin Marbles have embroiled the British Museum in a growing controversy and many argue that the museum should return these artistic masterpieces to Greece.

Disclaimer: This page is for information only. Discount London Tours has no affiliation with the British Museum and we do not sell tickets to the exhibitions. 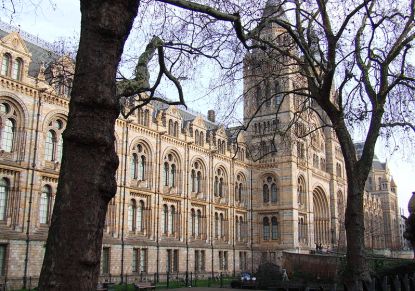