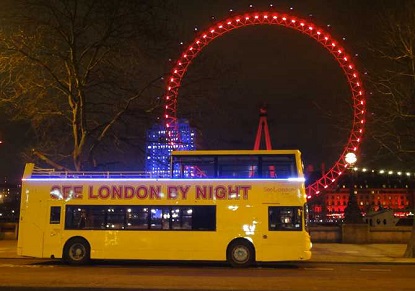 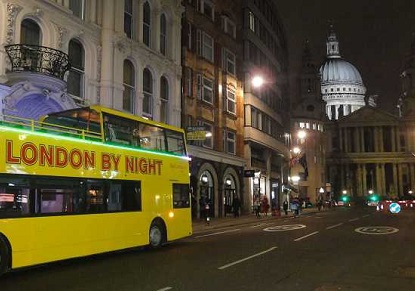 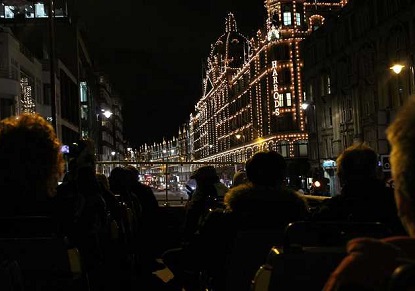 A spectacular live guided open top tour of some of the very best sights of London by night! Audio guides in French, German, Spanish, Italian, Portuguese and Japanese.

London Bus Tours can usually be booked on the day of the tour, but allow yourself time to print tickets.

The "See London By Night" Tour has been especially designed to show you the very best of London's famous landmarks, all beautifully lit up in the night sky. Tours are fully guided (in English) and depart from our bus stop on Piccadilly, next to the Ritz Hotel by Green Park underground station.

The tour takes approximately 1 hour and 30 minutes and are all live guided in English only.

There will be an option to use an audio guide in French, German, Spanish, Italian, Portuguese or Japanese.

This tour is booked by Evan Evans Tours and operated by See London by Night. 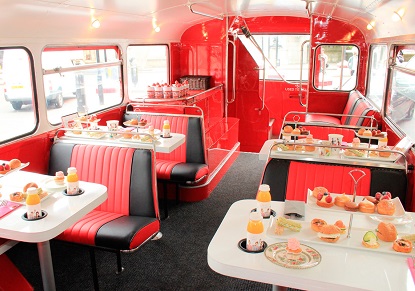