London in One Day with Changing of the Guard 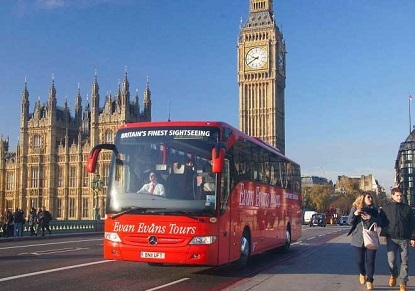 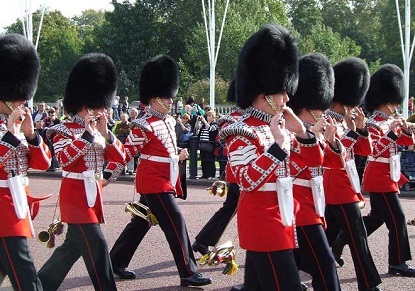 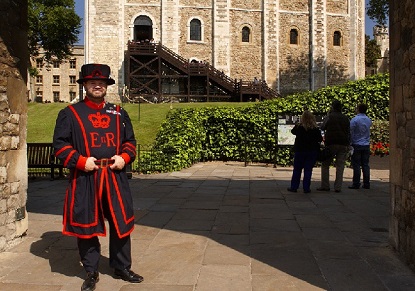 Tour will be operating from 19 August (Wed-Sun only) and then daily from November. The Tower of London and St. Paul's Cathedral are once again accepting groups, and the River Cruise is also included, but there will be no Changing of the Guard ceremony until further notice.

The tour begins with a panoramic drive around Parliament Square to see the magnificent Westminster Abbey, where Prince William and Kate Middleton were married. To Kensington Palace, former home of Diana, Princess of Wales. We'll see the Royal Albert Hall and Albert Memorial.

Buckingham Palace and the Changing of the Guard

We head to St James' Park and Buckingham Palace to see the colourful ceremony of the Changing of the Guard. Accompanied by a military band, a detachment of the Queen's Foot Guard march to Buckingham Palace to change with the old guard. Then have a chance to enjoy lunch at a traditional London Pub.

We take you on a guided tour of St Paul's Cathedral, Sir Christopher Wren's masterpiece with its magnificent dome. The Cathedral was rebuilt after the Great Fire of London in 1666. Over the years it has seen the wedding of Charles, Prince of Wales, to Lady Diana Spencer and, more recently, the thanksgiving services for both the Diamond Jubilee and 80th Birthday of Her Majesty the Queen.

The Tower of London & Crown Jewels

Founded by William the Conqueror in 1066-7 and enlarged by successive sovereigns, the Tower of London is one of the world's most famous and spectacular fortresses. Over the past 1000 years it has been a Royal Palace, an armoury and a place of imprisonment and execution. The Beefeaters who guard the Tower will regale you with stories of its past. We will visit the Crown Jewels, including the magnificent solid-gold crown used at the coronation of Queen Elizabeth II, the enormous Cullinan diamonds and the extraordinary Koh-i-Noor.

Conclude your day of sightseeing with a journey from Tower Pier to Westminster Pier, where your tour will end. City Cruises operate a regular service between the Tower of London and Westminster Pier where you will enjoy a leisurely cruise and admire key landmarks from the river including London Eye, The Shard and Houses of Parliament.

To top off your day take a trip 135m above the River Thames on the London Eye to enjoy fantastic panoramic views of the city. The London Eye stands 135m high on the South Bank between Waterloo and Westminster Bridges. The London Eye is a standard ticket and booked at the 6.00pm-6.30pm time-slot on the same day as your tour.

*The Evan Evans Tours check-in desk is at Victoria Coach Station, opposite Gate 2.

Occasionally there may not be a Changing of the Guard, on these occasions we will visit Horse Guards Parade. On Sundays and during special events, St Paul's Cathedral is closed to visitors. We will stop for photographs at St Paul's Cathedral and spend longer at the Tower of London.

London in One Day with Changing of the Guard

Only thing that kept thus from five stars is that we finished at the Tower of London with barely time to catch the boat back to Westminster. We caught the last boat. The day ran long. But it was a good day!


London in One Day with Changing of the Guard

The problem I have is the disorganization of your some of your staff at the depot. The tour was great and the guide was great as well.


London in One Day with Changing of the Guard

EXCELLENT- no more is required


4: London in One Day with Changing of the Guard


4E: London in One Day with Changing of the Guard & London Eye 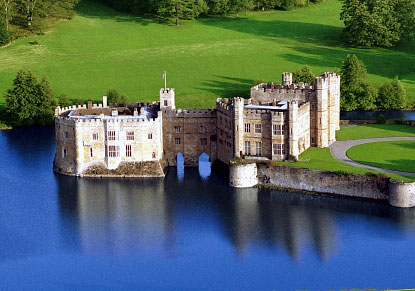 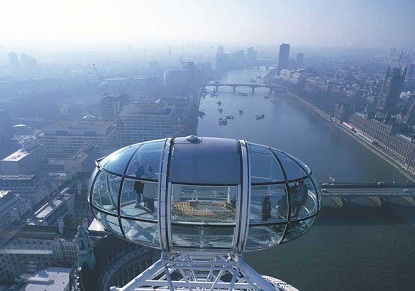